“Eyes on me,” Serenity said calmly, reaching out her hands to the small boy in front of her, “Eyes on me, Asher.”

Asher shook his head, his jet black hair flying out of his eyes, and the 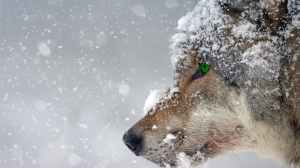 The full moon had not even risen yet that evening, but her son was already changing. Not for the first time did she wish his father was here. He was the werewolf, not her, and now she had to figure out how to keep her son safe once a month.

His eyes were slowly yellowing and his pupils narrowing to slits. He would change into a wolf soon and then she would have to keep him calm. So far, his changes had been small. He had turned into a wolf at midnight and then slept all evening. Now, his was becoming violent and if he bit someone during the full moon he would infect them with the werewolf curse. It was all she could do not to cry. She had to be calm.

Serenity thought back to the full moon’s she had spent with Asher’s father. How did he keep calm during that time? She remembered one month he had been so agitated, he had asked her to leave, but she had held him until his change and then changed to a wolf herself. They had curled together, him with his nose buried under his tail and her with her head resting on his back. She had not slept, but had kept watch all night. Two wolves, curled on their bed.

She took a deep breath. She wanted to cry, to scream, to pour her heart out through her voice in frustration and hurt. Her baby was in trouble! Serenity took another deep breath to center herself and focused on Asher.

Her hands met his shoulders and suddenly she was holding him, keeping his mouth away from her body just in case. She stroked his hair and sang softly under her breath.

There are no monsters here and now

So safe in Mama’s arms.

Rest and trust in Mama’s love.

You are safe, my boy, my boy

In her arms, she felt his muscles relax and then his body shift. Smooth hairless arms grew fur and soon she held a jet black wolf with yellow-green eyes. Taking one last breath with human lungs, Serenity shifted too, becoming a black wolf to match. She laid down with him and curled her tail around his small body, licking his head gently. Sleep, my son. Sleep.