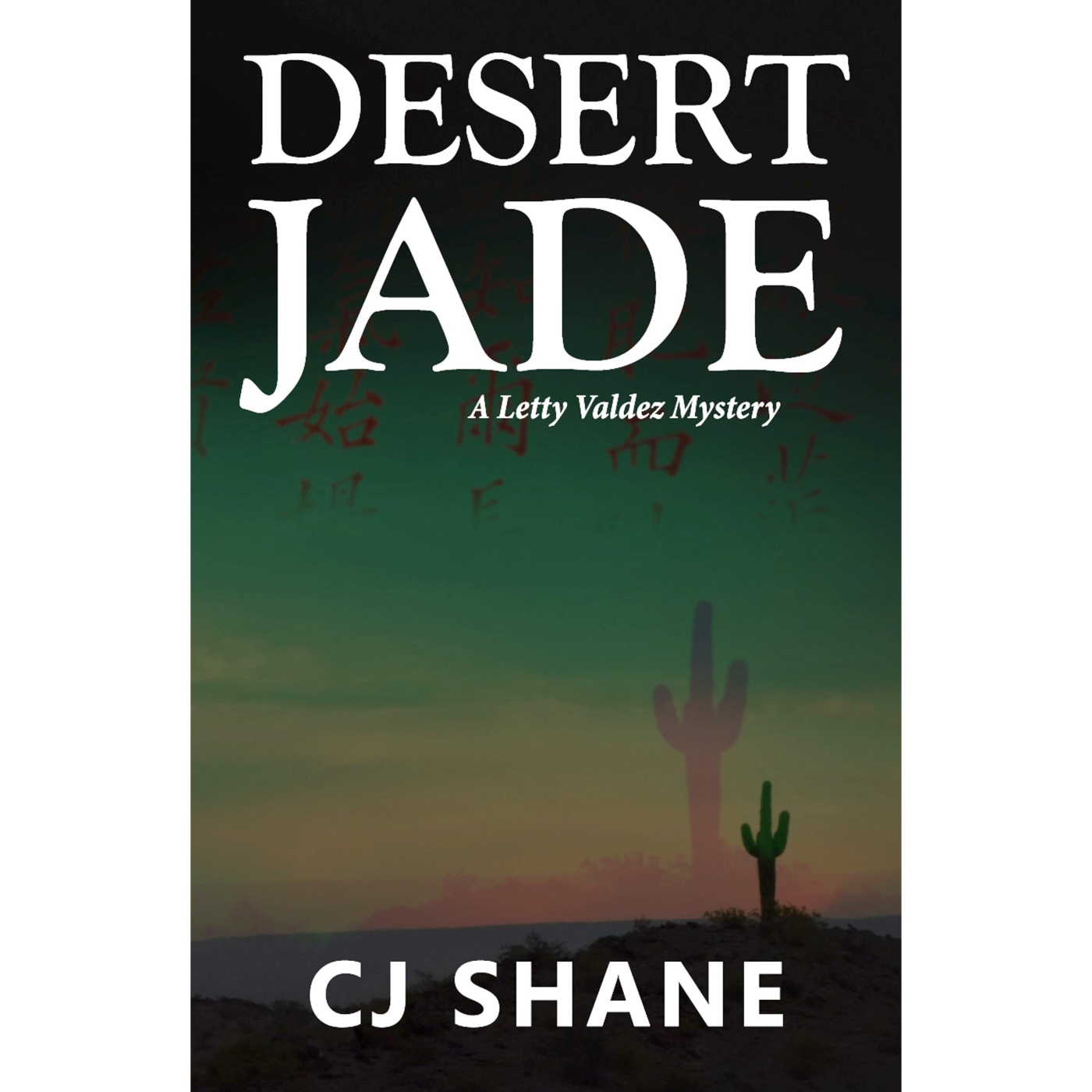 Desert Jade by C. J. Shane takes place in Arizona, mostly in the Tucson area. It begins, however, in the desert, following a woman attempting to find work in America after being led across the border by a coyote. She is dehydrated and lost and in desperate need of saving.

Letty Valdez is a private investigator in Tucson and her one failure was her inability to find her friend’s, Jade’s, husband after he had disappeared. Suddenly, that missing persons case, Jade, her brothers and seemingly every other character possible is thrown together facing Chinese gang members looking for something or someone.

Shane’s work is well-written and shows various sides of American and Mexican and native cultures through the eyes of those included and the eyes of an outsider. The perspective she allows her readers to see and understand is engaging and novel. I did enjoy the book, though I found it hard to continue. Shane’s characterization of her first two characters, Esperanza and Eduardo, was so well-done, that I grew disinterested when their story lines were suddenly whisked away. That being said, I like Letty and Jade and the other characters and was glad to see how things related. However, the frenzied connection of every little piece of plot felt unrealistic and I felt exasperated as more and more parts were revealed to all be related.

I would recommend this book to lovers of mystery and private investigators. It is an interesting take and I would be interested in more of Letty’s story.